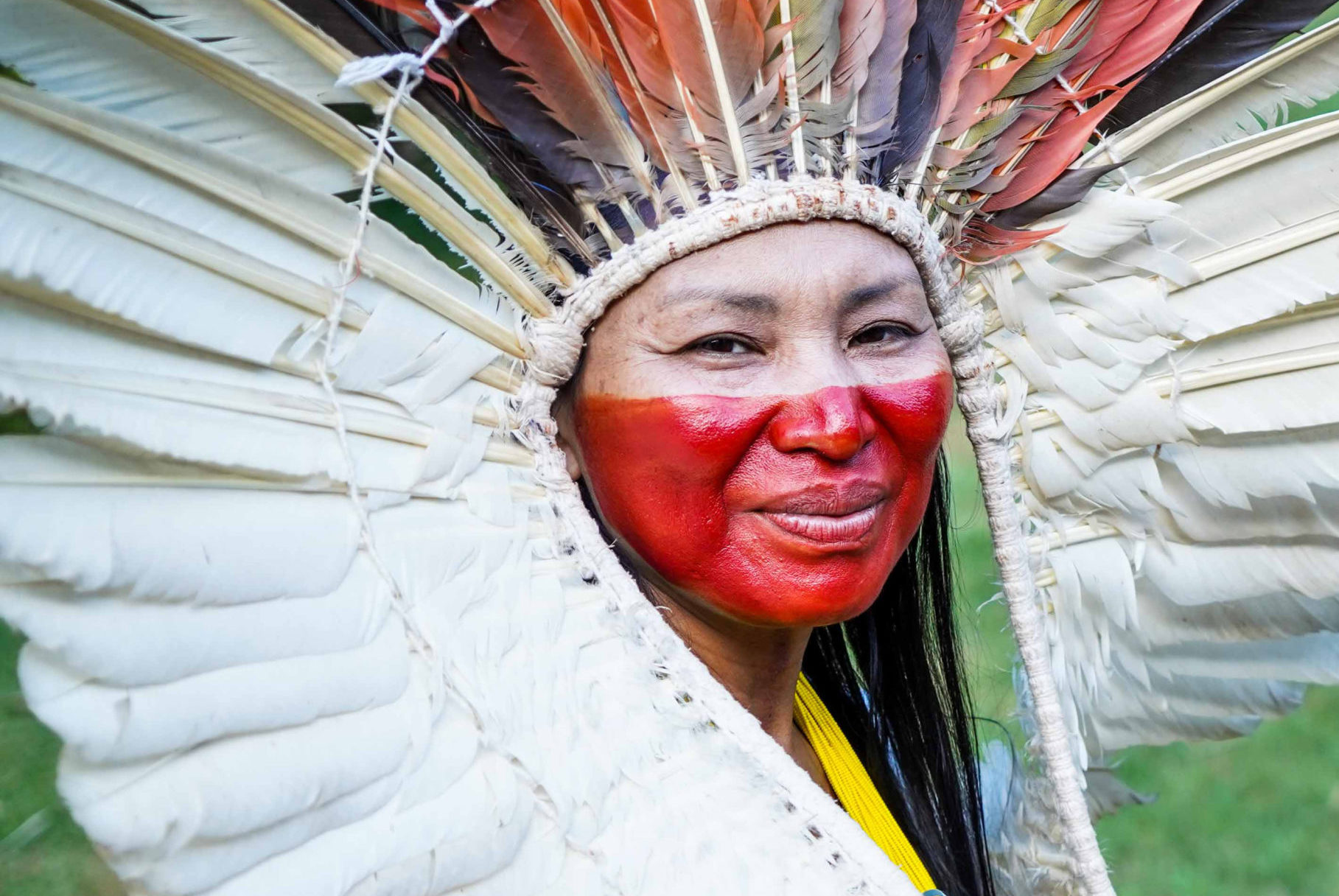 Putanny Yawanawá Daughter of the legendary Yawanawá leader Tuin Kuru, Putanny and her sister Hushahu were the first women of the Yawanawá nation to receive the highest spiritual initiation from the elders. They earned their communities’ respect as spiritual leaders, opening the way into this sacred path for other Yawanawá women. It was a break in tradition that united the male and female universe, and brought the magic of feminine spirituality to strengthen the Yawanawá culture. For this achievement, they received a commendation from the Brazilian senate as recognition of their important role in Brazilian women’s empowerment.

Putanny has an incredible voice and presence, representing her people’s ancestry. She spent a good portion of the past years in the Sacred Village, where she organizes spiritual retreats.

Nixiwaká and Putanny, chiefs of the Sacred Village of the Yawanawá indigenous nation in the Amazon Forest of Brazil, will sing sacred songs of their people. They are coming to the Colibri Spirit Festival with their daughter Ykashahu and Saku who is a medicine man from the Marubo indigenous nation.

The songs will be sung both in the traditional way of the Yawanawá nation which is using only their voices and also with the instruments, guitar and drums.